So, I'm going to start to post some information that I get through the official channels about what is new and what's happening at Disney for those who are interested.  All of the info will be public, but if you would like more information, message me and I'll see what I can find out.

New Restaurants at Disney Springs
In the one of the first of many new re-design elements for the former Downtown Disney are at Walt Disney World, Disney has announced new restaurants going in that will add to the new allure of the reimagined area.  Masaharu Morimoto, otherwise known as Iron Chef Morimoto from Iron Chef America, is opening a restaurant called Morimoto Asia, featuring cuisine from across the continent.  Also opening will be a seafood restaurant featuring an extensive raw bar, to be called The BOATHOUSE.  Both restaurants will be opening in 2015 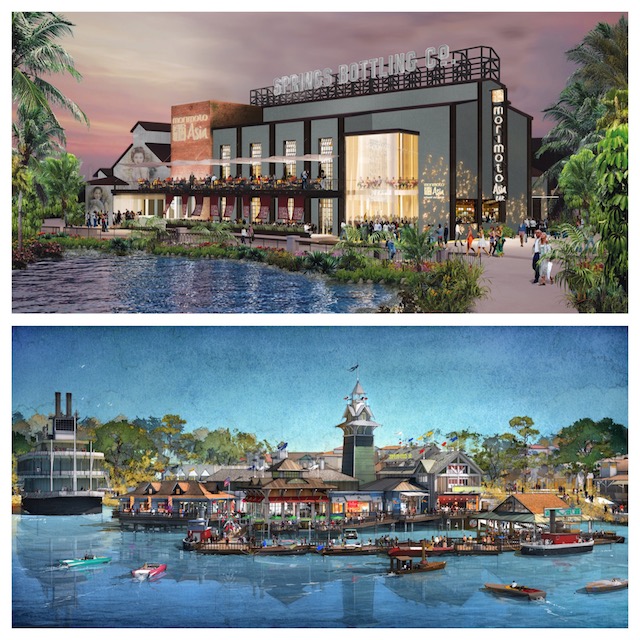 Sorcerer Hat to be removed from Hollywood Studios
In a stunning move...at least for this Disney Super Freak...Disney will be removing the iconic Mickey Sorcerer Hat from the middle of the plaza in Hollywood Studios.  There is no word yet as to what will take it's place.  I've even seen a mock up with Olaf from Frozen front and center.  I'll keep you posted on that one.

I'm sad to see it go.  I remember when Hollywood Studios first opened...it was called MGM Studios.  I even have a pin from back then!  The Sorcerer hat was the icon that everyone looked to.  I know, I know...growth is good...and with Disney's desire to continually reimagine everything to better the guest, I'm in no doubt that this move will prove to be great too...but I, for one, will shed a tear.

That's all for now...check back and I'll be sure to keep you updated!